Childcare costs now outstrip what families spend on their mortgages – with parents dishing out more than £7,500 a year …

Families are paying more on average for part-time childcare than they spend on their mortgage, according to a new report.

It reveals parents are handing over more than £7,500 a year for childcare for two children, around 4.7 per cent more than the average mortgage bill.

The report, by the Family and Childcare Trust, also suggests that some families may be spending more on childcare than they do on their weekly shopping. 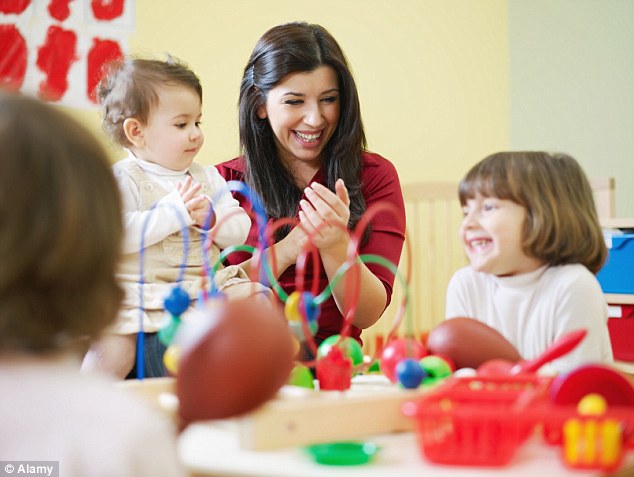 Families are paying more on average for part-time childcare than they spend on their mortgage, according to a new report

The study is based on information gathered by the Trust from local authority family or children’s information services in England, Wales and Scotland.

Each authority was asked to give the cost of 25 hours and 50 hours of childcare as provided by nurseries and childminders.

They were also asked to give figures on the average cost of 15 hours childcare in an after-school club, or for a childminder picking youngsters up from school.

It found that a family with one two-year-old child attending nursery part-time (25 hours a week) and a five-year-old in an after-school club will pay out £7,549 a year on average.

This is higher than the UK average annual UK mortgage, which the report says is £7,207 according to official data.

The study says that since 2002, childcare costs have risen more than inflation each year and that international data shows that parents in Britain hand over more than a quarter of their salary (26.6 per cent), more than most other European nations. 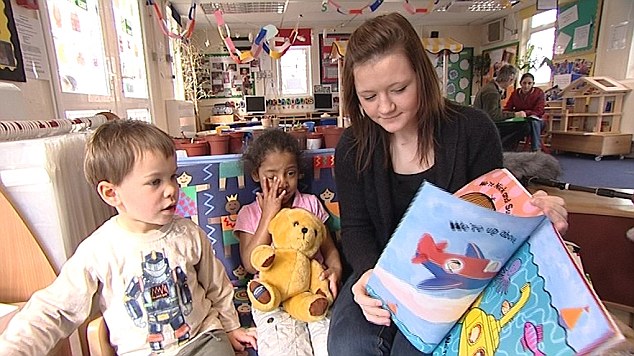 For a family with two youngsters in full-time childcare the average yearly cost is £11,700

The report concludes: ‘Our research shows that the current childcare system is not working for anyone.

‘Children are losing out on vital early education and families remain trapped in poverty because they cannot make work pay.

‘Childcare providers struggle with debts. Women fail to return to the labour market after they have children and the economy loses their skills and their taxes.

The Trust’s report warns that 25 hours in a nursery for a child aged under two costs an average of £109.89 a week – which it calculates is twice the average price of a weekly food bill (£56.80 a week).

Overall, during the last 12 months, nursery costs for under twos have risen in all areas of Britain, it says, with an average increase of 3.3 per cent.

It adds that the cost of after-school clubs has fallen in England and Scotland, but not in Wales.

Anand Shukla, chief executive at Family and Childcare Trust said: ‘When even part-time childcare costs outstrip the average mortgage for a family home – and many parents have to spend more than a quarter of their income on childcare – it’s clear that our childcare system isn’t fit for purpose.

‘We need a childcare system that helps parents who want to work and contribute to the economy and gives children the best start in life.

The Family and Childcare Trust wants to see all political parties commit to a long-term childcare strategy that delivers for parents, providers, and crucially, for children.’

No comments have so far been submitted. Why not be the first to send us your thoughts,
or debate this issue live on our message boards.