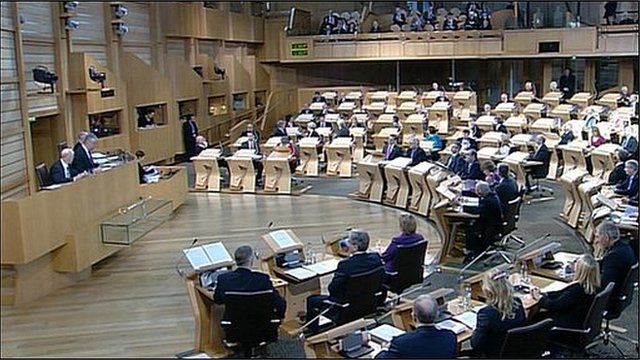 From Democracy Live: The White Paper debate in the Holyrood chamber

During a debate on the newly published independence blueprint, he insisted the government had great ambitions.

MSPs are being given the chance to debate 670-page White Paper in more detail.

Former Chancellor and leader of the Better Together campaign, Alistair Darling, called the pledge “cynical”.

The assumption that simply by Scotland going it alone we will somehow be more radical, more progressive, is simply not true” 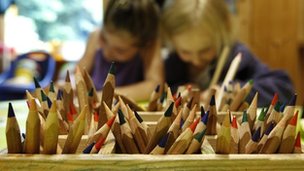 Before the debate got under way, Mr Darling described the childcare plan as “cynical politics at its worst”.

He added: “The SNP have the opportunity to make childcare easier and more accessible to people in Scotland right now – but won’t do it as they would rather offer it as a bribe for votes in the referendum.

“They would happily see people denied the chance to earn a living because it doesn’t fit in with their plans for Scotland to go it alone.”

Interviewed on the BBC’s Good Morning Scotland programme, she said: “Issues like childcare are not just about women sitting at home unable work, but about people who are in work juggling childcare pressures.

“So there’s not a direct simple ‘we will invest in childcare and that means more people will be in work’.”

She added: “The cynicism of it is that you will get it after the referendum.

She claimed the Scottish government was offering to cut taxes while improving services, and this was “not credible”.

Scotland’s Finance Secretary John Swinney, who also spoke to the Good Morning Scotland programme, said after independence was achieved it would be important to “put all of our focus on resolving the issues that need to be resolved as quickly and efficiently as possible”.

Asked what would be the biggest challenge, the minister said: “I don’t think it’s easy to separate the issues out. There will be major issues and some of the defence questions [including] the removal of nuclear weapons from Scottish soil and waters which is something that we are absolutely determined has to happen.”

The document also makes a series of pledges to be fulfilled if the SNP forms the first government in a newly-independent Scotland.