You are here:
Home
Education
Article 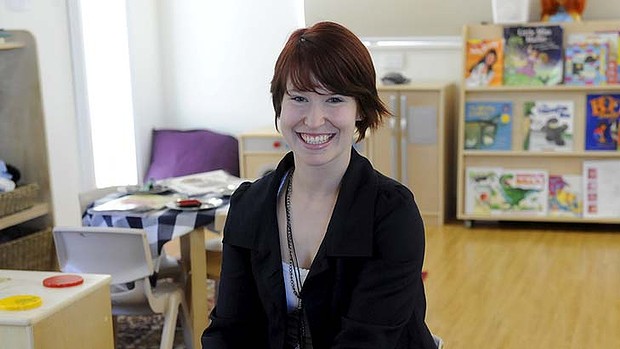 The value of work done by childcare educators will be tested in a historic equal pay case to be lodged with the industrial arbiter on Monday.

United Voice, the union representing childcare workers, will lodge a claim with the Fair Work Commission arguing educators are paid less than people with comparable qualifications because of an outdated and sexist notion that childcare is something done by women in the home.

“If this were 68,000 blokes there’s no way they’d be paid $19 an hour,” United Voice national president Michael Crosby said.

“Women have got choices. They’re not confined to teaching or nursing any more and it’s only rational they would want to choose a career, not a minimum wage job.”

The claim is the next step in the campaign to increase the wages of a group of workers who are among the lowest paid in the country.

A childcare educator with a certificate III qualification is paid $19.07 an hour, about $10 an hour less than someone with comparable qualifications in another area.

The claim asks that certificate III qualified staff receive a $10 an hour increase with lower increases for people with higher qualifications.

The claim covers the 68,000 people working in childcare, not just those who are union members.

“Should the commission agree with the union’s claim, it would be up to the government of the day to decide whether or not it was prepared to provide funding to cover increased wages,” Mr Crosby said. The union estimates that would cost $1.4 billion a year.

This is what happened last year following a successful claim by the Australian Services Union covering about 120,000 workers in social and community service organisations.

The childcare industry has supported higher wages for its workers, provided parents are not forced to pay through increased fees.

Childcare centres are also trying to meet new government regulations requiring them to employ more staff with higher qualifications. Turnover of staff is high, with many citing low pay as the reason they leave.

The claim builds on the government’s recent offer of $300 million to fund wage increases. However that plan will only provide pay increases of about $3 an hour for 40 per cent of workers until June 2015.

“I relish what I do every day and I love the potential influence I have,” Ms Mason said. But staying the industry had been a “big decision”, she said, and many of her colleagues had left because of the low wages.