More than 100,000 mothers would return to work under Labour’s plan to cut child care costs, the party has claimed.

Under Labour’s proposals working parents with three or four-year-olds will get an extra 10 hours of free childcare a week. 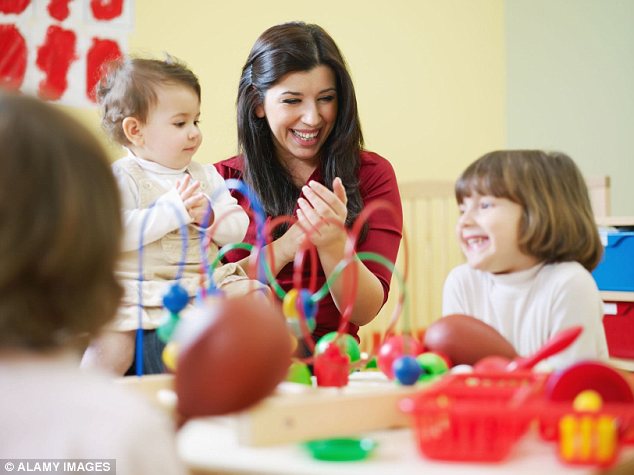 Childcare costs are soaring – leaving many parents unable to return to work, even if they want to

This will help ease crippling childcare costs for half a million youngsters, Miss Powell said.

Labour will also give parents new legal rights to get early evening childcare at their primary school.

Miss Powell said the proposals would allow 135,000 mothers go back to work or take on extra hours.

She pointed to international figures showing that Britain lagged behind much of Europe in helping mothers go back to work.

Seven out of 10 mothers now have paid jobs in the UK – but this is considerably below top performers Denmark, Sweden and the Netherlands where 80 per cent are in work. 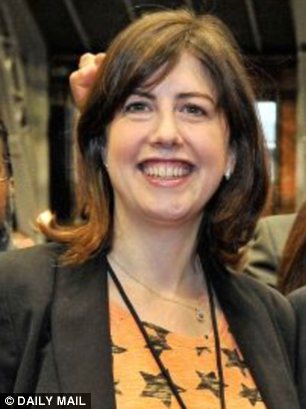 Miss Powell claims that if affordable childcare was available the gap between the UK and the top performers could be closed.

This would mean the number of mothers in work or taking on more hours would increase by 135,000, she said.

She said: ‘Childcare is a big part of David Cameron’s cost-of-living crisis.

‘Families have been hit hard by the soaring cost of childcare which is up 30 per cent since 2010 – five times faster than wages.

‘At the same time, there are fewer childcare places available and families have seen the support they relied on to help make childcare affordable has been reduced.

‘Hardworking families will be better off with Labour.

‘We understand that increased help with childcare is good for the economy and for families.

‘Our plans to extend free childcare from 15 to 25 hours for working parents with three and four-year-olds will make a real difference and help thousands of mums shut out of the labour market or prevented from working the hours they want by high childcare costs.

‘Worth £1,500 per child and paid for by an increase in the bank levy, Labour’s plans will help tackle the cost of living crisis and make work pay.’

Families have seen childcare costs rocket 30 per cent since 2010. Labour say over the same period real wages have fallen by £1,600.

Women earn most before they turn 40, according to the Office for National Statistics.

The mothers tax free allowance should be transferred to the husband. They should be taxed as a family.

You have them, you pay for them. My state pension increase did not even cover inflation and I have already paid for it over 50 years of work.

So now we have the other party, trying to encourage everyone but the parents to look after the children. What would really help all young families would be a transferable tax allowance, the allowance from the SAT parent transferred to the working parent, helping to give many more the option to be at home, caring for their own pre-school children. This allowance and child benefit should be available to all young families, whether there is a SAT parent or not but any costs incurred by using paid childcare should be met by the parents, not the state.
Make it a level playing field for all families as having children is a choice, it is not mandatory. Throwing yet more public £ into childcare is not the answer.

If all these people really did the budget, they may realise that after costs of – transport( insurance,fuel, depreciation,tax, parking etc), additional ‘better’ work clothes, child care, lunches, time – they may be no better off or at best fighting the traffic – doing 40 hrs – additional pressure etc for a few quid a week!!

State provided child-care is a hangover from war time Britain when everyone of working age had to ” man the pumps ” in order to maintain the war effort at home and over seas.
If children don’t learn to bond with their natural parents before reaching school age society in general is bound to suffer as a result. This whole issue really is a no-brainer; why pay others the privilege of looking after the children of mothers who are forced to go out to work ?

Why can’t they make it easier for mothers or fathers to stay at home?! Not everyone wants a stranger bringing up their children!! All anyone does is work these days YOU ONLY LIVE ONCE…

Somewhere in the UK, United Kingdom,

Should childcare not be shared between the mother and father rather than the majority of the burden fall solely on the mother? Why is childcare being allowed to get so expensive in this country? As a percentage of income we pay some of the highest rates in Europe, and yet all these initiatives from various Govts, never get to the root cause of expensive childcare costs, get the costs down and you wouldn’t have to come up with tax breaks/ voucher schemes etc.

Increasing the free hours for pre school aged children is not going to help parents with children of school age where parents are needing breakfast clubs, after school clubs, childminders etc to be able to work those few extra hours. Parents would love to be able to work during school hours and term time only but there are not many of those kind of jobs avaliable. As a parent myself yes it’s hard and the costs of childcare were thought about before we had children so to all those doubters it’s not about bad parenting and bad parenting decisions expecting others to pick up the bill for the care of our children it’s labour trying to win more people over with what they think is a popular topic for the nation

A lot of mothers go out to work just to pay for a car , new outfits and shoes and expect taxpayers to pick up the bill for childcare. All my family got was family allowance. If you can’t look after them don’t have them

What gets me is your willing to pay a complete stranger to look after children and not support the mothers to stay at home themselves. Completely backwards this country is.