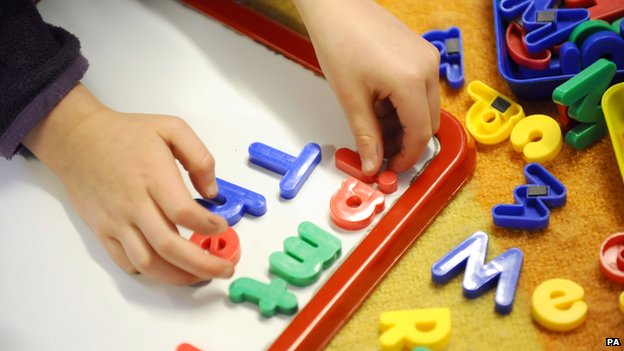 Families are under pressure from patchy childcare provision and above-inflation price rises, a charity has said.

The Family and Childcare Trust says only 23% of Scotland’s 32 local authorities have enough childcare for working parents, compared with 54% in England.

It called on the Scottish government to ease the burden on parents.

The Scottish government said childcare costs in Scotland were lower than the UK average.

The trust, which campaigns on childcare throughout the UK, has published its third annual childcare costs survey for Scotland.

It suggested that the cost of part-time childcare for two children was now 22% higher than the average mortgage bill.

The cost of part-time childcare can also vary by up to £3,000 between local authority areas.

Anand Shukla, chief executive of the trust, said: “The high profile of childcare in Scotland reflects the challenges that families face today.

“Many families in Scotland desperately struggle to find childcare and if they do, they pay a sum similar to, or more than, a second mortgage for it.

“We warmly welcome the recent commitments on childcare from the main parties but setting out childcare strategies is only the first step.

“What matters for families is whether such policies mean that they will get the affordable, high-quality childcare that they and their children need.” 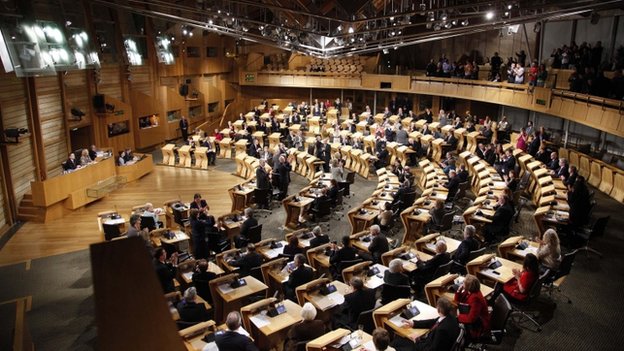 The charity called for legislation to require councils to provide sufficient childcare and an inquiry to examine the variations in pricing between councils.

Julian Foster, of childcare voucher provider Computershare Voucher Services, which sponsored the survey, said: “Not only are costs in Scotland rising faster than in England, but Scottish parents also face a postcode lottery, with some quite staggering price differences between neighbouring local authorities, and there is clearly not enough childcare to meet Scotland’s needs.

“Bold reform is needed to address Scotland’s many childcare challenges.”

A Scottish government spokesman said: “These figures show that the average cost of childcare is still less than the UK’s.”

The spokesman added: “We are taking action now to help parents with childcare costs.

“We have committed a quarter of a billion pounds over the next two years to increase the number of hours of free childcare to families of three and four-years-olds and the most vulnerable two-year-olds, with a further £3.5m invested in the early years workforce.

“We are working with local authorities to give parents more choice and a greater input into the services in their area and have been clear that given the full powers over the Scottish economy our aim would be a transformational, universal system that would respond to the aspirations of parents, employers and society as a whole.”

Last month the Scottish Parliament passed the Children and Young People (Scotland) Bill which will increase free childcare for three and four-year-olds, and vulnerable two-year-olds, from 475 to 600 hours – around 16 hours per week – from August.