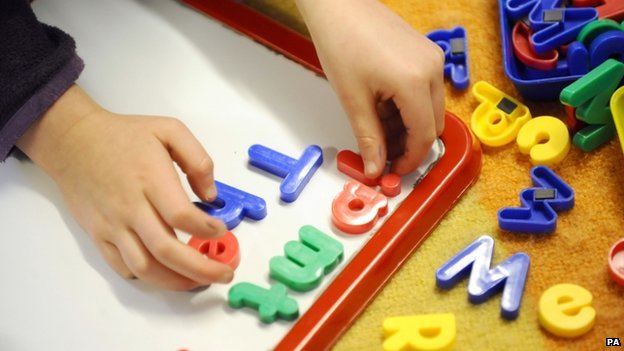 Scottish Labour has accused the Scottish government of misleading parents over its plans to expand childcare in the event of independence.

But Labour highlighted independent analysis which said there was “no evidence” to back this up.

The Scottish government said the policy was projected over a number of years, rather than just the current year.

The Scottish Parliament Information Centre (Spice) said the Scottish government would need to get nearly twice as many women out to work than are currently inactive to meet economic projections in its White Paper on independence.

Ministers hope to generate an extra £2.2bn by expanding free childcare but Spice said they had provided “no evidence” that their plan would get more women out to work.

The SNP has said that in an independent Scotland, it wants to see 30 hours of childcare a week for all three and four-year-olds and vulnerable two-year-olds by 2020.

Ministers said that if that could help drive up female participation in the workforce by 100,000, to match Sweden’s example, the policy would be substantially self-financing. 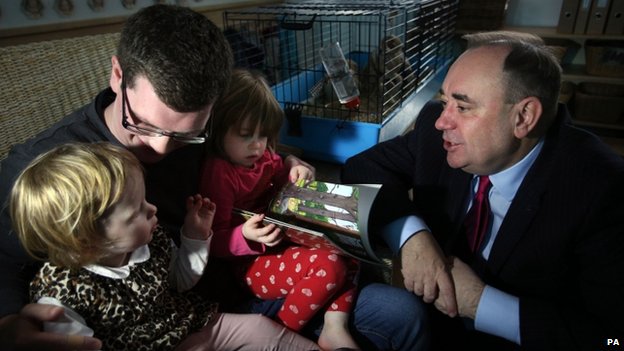 In its report Spice said: “The Scottish government states that the modelling makes no assumptions about whether the SNP childcare policy would actually cause such an increase in female labour market participation.

“No evidence is presented suggesting that the White Paper’s childcare commitment would result in Scotland’s female participation rate matching that of Sweden’s with 104,000 inactive women entering the workforce.

“The analysis does not set out any information on the current labour market situation of women with children.

“At present, there are only 64,000 mothers of one to five-year-olds who are economically inactive.”

But ministers say the policy would grow the female workforce over an unspecified number of years.

A spokesman for First Minister Alex Salmond said: “The Spice paper gives too much weight to the 64,000. The key point about the policy is that it doesn’t happen on one day or one year and then cease.

“The estimate of 104,000 women is not for a single moment in time. Women continue to have babies and drop out of the labour market. The problem is too many then don’t come back in. The 104,000 is established over a longer period of time.”

But the spokesman confirmed that the Scottish government had made no projections for when this economic boost would be achieved.

Expert predictions that it could be done within five years of a “Yes” vote were described as “an interesting contribution”.

“No full costings, no economic analysis, no financial modelling and the fact that they’re at least 40,000 mothers short shows just how amateur and ridiculous the Scottish government’s policy making has become.

“The SNP has misled Scottish parents. It would appear that given how shambolic this proposal is, that the SNP has no intention of ever having to deliver it. If they win in September, then no-one will be able to hold them to it.”

Spice produces analysis for MSPs and is independent of the Scottish government and political parties.