Labour childcare: Schools to stay open from 8am to 6pm to get parents back to work Stephen Twigg says at party … 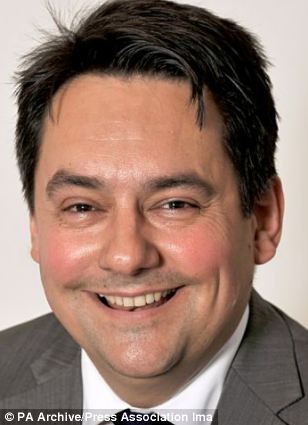 Primary schools will have to offer childcare from 8am to 6pm under Labour plans to help working families.

The guarantee that children can be looked after outside traditional school hours is designed to help parents who struggle to fit jobs in with ferrying their children around.

Labour is also examining a radical plan to allow grandparents to take time off from work, similar to maternity leave, to help look after their grandchildren.

Shadow education secretary Stephen Twigg will tomorrow argue that the plan to guarantee primary-aged childcare will help get parents back into work, providing a boost to the wider economy.

The new Labour policy is one of several aimed at tackling the cost of living expected to be announced at the party’s annual conference in Brighton.

There will also be a promise to strengthen the minimum wage, reverse benefits changes dubbed the ‘bedroom tax’ and action to reduce energy bills.

Under the ‘Primary Childcare Guarantee’ parents will still have to pay for the childcare through state-funded vouchers or their own money.

But by ensuring schools remain open and willing to look after children from 8am to 6pm, parents can commit to working longer hours.

In his speech to the Labour conference tomorrow, Mr Twigg will say: ‘For school-age children, childcare has become a logistical nightmare.

‘If we want an economy that works for working people, we must support parents trying to balance these pressures.’

The Primary Childcare Guarantee will be written into law if Labour wins the 2015 election, Mr Twigg will announce. 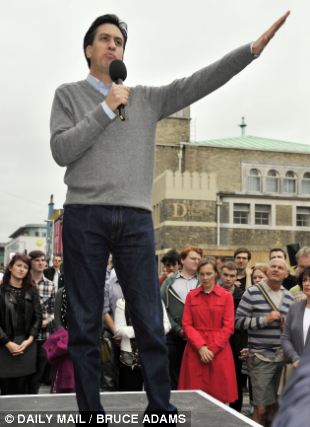 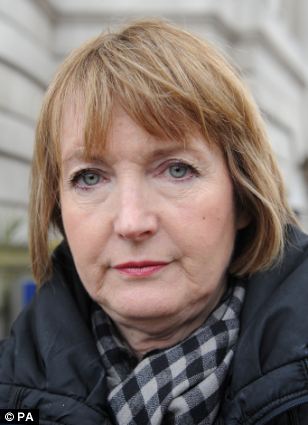 Conference: Labour leader Ed Miliband (left in Brighton today) and deputy leader Harriet Harman (right) are at pains to prove they have election-fighting policies at the annual conference, which begins tomorrow

‘This will give all parents of primary school children the certainty that they can access childcare from 8am-6pm through their school. A clear message to hard working parents: Labour is on your side.’

But in a blow to Mr Miliband’s claim to be helping people feeling the pinch, a new poll shows most people still blame Labour. 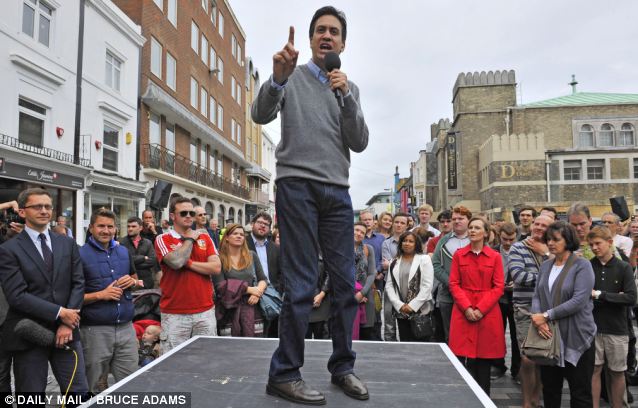 Q&A: Ed Miliband’s wife Justine (in red coat, below right) spoke in Brighton ahead of the Labour Party annual conference

All parties together are blamed by 19 per cent while just one per cent said it was the fault of the Lib Dems.

Tackling the costs and difficulties of bringing up children have become a major political battleground. 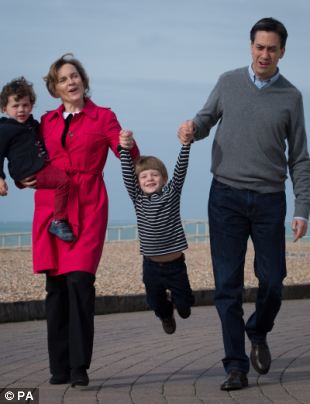 Parenting costs: Labour leader Ed Miliband and his wife Justine took the chance to take their children Daniel (right) and Sam (left) for a walk along Brighton beach today

Lib Dem leader Nick Clegg this week announced that all children in reception, year one and year two will receive free school meals.

He argued the policy aimed at children aged seven and under will reduce costs for parents while increasing attainment.

Conservative childcare minister Liz Truss has also pushed for reform of rules for nurseries and childminders to cut costs.

Labour points to figures showing two thirds of parents of need some form of before-and-after school or holiday care to combine family and work. But almost a third of these were unable to find it.

Meanwhile, Labour’s deputy leader Harriet Harman is pushing for the party to promise to introduce ‘granny leave’ in its 2015 manifesto.

It would allow grandparents to help out with looking after grandchildren without giving up work altogether.

Under the plan mothers and fathers would be able to transfer part of their flexible parental leave to grandparents.

Ms Harman said many grandmothers in
particular are forced to decide between their own jobs and helping their
daughter or daughter-in-law to return to work.

She told The Independent: ‘They shouldn’t have to make that choice. I am going to fight for it to be in the manifesto.

‘I
am determined that it should be. I am going to make sure that we have a
big offer on childcare. It is such a central issue for our women. 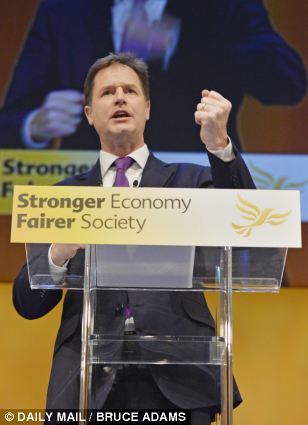 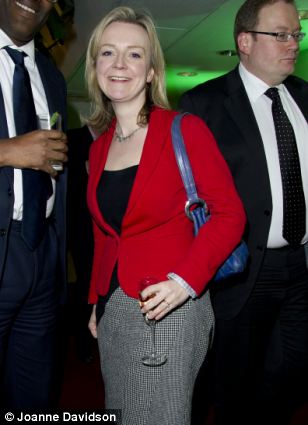 Reform: Both Nick Clegg, left, and Liz Truss, right, have pushed for changes to childcare laws

‘It is down to Labour to listen to women and respond. Our manifesto is going to understand what is going on in people’s lives and put forward solutions that help.’

A recent study by the Institute for Public Policy Research think tank found grandmothers who look after their grandchildren are likely to be low paid, younger and in work.

Labour really are so desperate. If schools are to be open for extended hours will these mean using private contractors, or will it as,I suspect mean creating more public sector jobs? As we all know, Labour excel at this when they are in government.

Oh is this making a profit out of schools?

Now here is a novel idea. Why don’t we just stop having kids and them we can work 24 hours a day without damging anyone but ourselves. Grrrr.l

” -Labour would… force primary schools to guarantee childcare -Parents would still have to pick up the bill… – Stephen Twigg to argue parents struggle to juggle work and family life -Harriet Harman calls… to allow grandparents to take time off to look after grandchildren ” ……………… Well, well! Parents have no time to look after their own children. Why is that? (1) High home prices (2) multiple income mortgages = see (1) – a con and a nice little earner for someone. (3) High rents (4) High cost of living. ** Single-income mortgages were sufficient. Multi-income mortgages for all, have destroyed UK family life, (with thanks a lot, to whoever introduced them). Phase multi-income mortgages out: Your children need you, and you need (and deserve) more family and financial flexibility and freedom. You would choose what the second income is spent-on – just like it used to be!

This is all so sad, children being brought up by everyone other than their parents – awful that life is just so expensive now that this is where we’ve got to, so much for life being better in the 21st century – we may not have had much in the 60s & 70s but what we did have was love & attention from our parents who weren’t exhausted, stressed & living to work because there’s no choice. Very sad & disappointing – we need to totally rethink about what life should be about.

Poor politicians they don’t have a clue which ever lot they are – did they actually get a degree I paid for!

My daughter (BSC Hons and broad work experience at a senior level) already pays a fortune for early morning clubs and after school activities just so she can work at a poorly paid full time job! No government can afford to pay for all this childcare cover, Labour clearly hasn’t thought about who will be providing these services and, at the end of the day, there just aren’t enough jobs (full time or part time) for all those who want to work. Worse still, pay levels seem to drop each year except for the management elite so I have grave doubts about Labour’s plans to increase the minimum wages (employers always get around that one by cutting jobs and introducing new contracts and hours!) Don’t they realise they will also have to arrange child care cover for school holidays?

Not just of benefit to those who cannot find jobs at the moment – also very helpful to those who are already working.

In the real world, it is a challenge affording children so the ability to have children at school for longer hours helps parents to be flexible.

Just don’t have teachers having to look after them……they are not child minders.