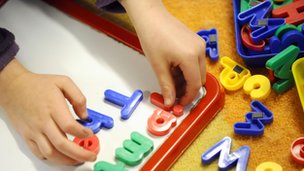 Labour claims that families have lost £1,500 in childcare support since 2010

Labour is to announce plans to raise taxes on banks to fund free childcare for working parents of three and four year olds.

Parents of three and four year olds currently get 15 hours of free care a week, but Mr Balls wants to increase this to 25 hours for working parents.

At the Labour Party conference later, the shadow chancellor will claim families have lost £1,500 a year in childcare support under the current government.

He is expected to say: “For the first time, parents will be able to work part-time without having to worry about the cost of childcare. 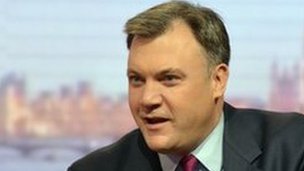 He will say: “At a time when resources are tight and families are under pressure, that cannot be right. So I can announce today the next Labour government will increase the bank levy rate to raise an extra £800m a year.”

On Saturday, Ed Miliband said he would “legislate for a primary school guarantee that every school is an 8am to 6pm school”, though party officials said schools could band together to offer the opening hours between them.

In a separate move, Mr Balls said on Sunday that he had written to the Office for Budget Responsibility to ask it to review his pledges for the economy – but it said it could not under its existing remit.