Labour to offer childcare at primary schools from 8am – 6pm 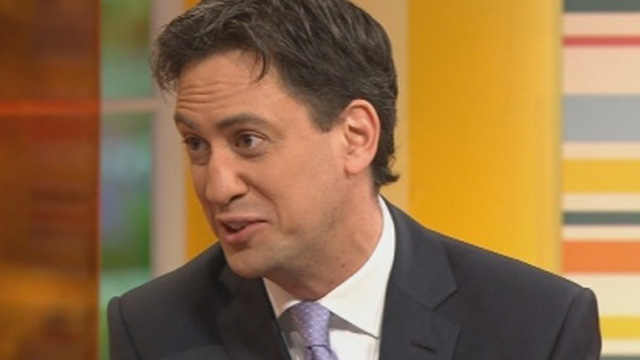 
Labour is to offer a “legal guarantee” of childcare between 8am and 6pm – from breakfast to after-school clubs – at primary schools, Ed Miliband has announced.

As figures show an increase in the costs of childcare as a proportion of average earnings in the past year, the Labour leader has pledged to provide help with the “daily obstacle course” faced by parents.

Labour released figures to the Independent that show that the weekly cost of 25 hours of nursery care in England on an average basis rose from £82 in 2010 to £107 this year. In the same period average earnings have risen from £449 to £477, prompting Labour to tell the Independent that the costs of nursery care have risen from 18% to 22% as a proportion of average earnings.

The Labour party announced at its conference this year that it would use a levy on banks to provide 25 hours of free childcare a week for working parents with three- and four-year-olds, worth £1,500. This is an increase from the current 15 hours.

Miliband told ITV Daybreak: “We are seeing fewer childcare places and we are seeing the costs rising. It is not just for the under-fives. It is also when it comes to school.

“Frankly, the hours of 8.30am or 9am to 3pm don’t cover the full working day. So we’re also saying let’s make sure every primary school offers breakfast clubs and after-school care that is there for parents, so that right across the working day, if parents need it, the care is there. Otherwise parents are in that daily obstacle course of ‘how am I going to make sure I can get to my work and make sure my kids are looked after?’. Frankly the country is letting parents down if we are not taking that seriously.”

Miliband added: “Childcare costs are just going up and up and up year on year and parents are really struggling to cope. I don’t just want to [freeze energy bills]. I want to really help when it comes to those childcare costs. It is not just good for parents who want to work. It is good for the country as well. We can make a real difference when it comes to childcare and nursery costs.”

The Labour leader defended his claim that there are now 350,000 fewer childcare places after the closure of 576 Sure Start centres since the general election. Asked whether he was scaremongering because the government said that only 45 centres had closed, Miliband said: “No, not at all. We have seen hundreds of Sure Start centres no longer there.”