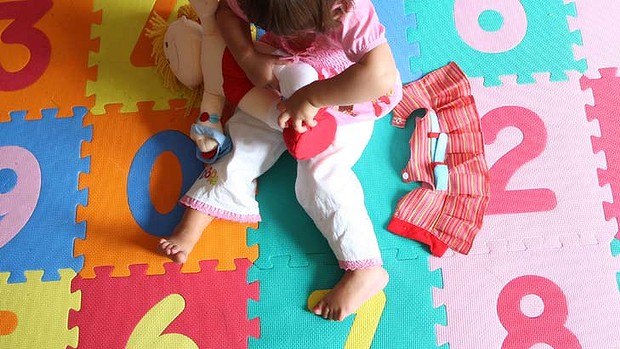 The Coalition posted its childcare policy on its website late on Thursday, two days before the election. Photo: Peter Braig

A Coalition government would seek to slow or abandon requirements for childcare centres to lift staff to child ratios and employ more highly qualified workers.

The Coalition posted its childcare policy on its website late on Thursday, without issuing a press release or making an announcement. 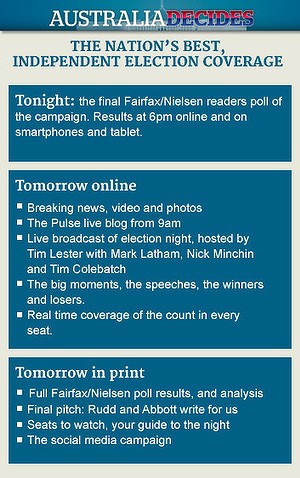 In a shift from the Coalition’s previous public position, the document says it would work with state and territory governments to slow down implementation of changes which require centres to lift the ratio of staff to children. It would also seek state and territory agreement to pause requirements for higher staff qualifications.

Under the National Quality Framework, centres are required to have a worker for every four children under two years of age, every 5 children aged two to three, and every 11 children from three to preschool age.

The Coalition document says it supports National Quality Framework “in principle” but is concerned by reports that its implementation is causing staffing and administrative problems which are pushing up fees.

The Coalition document also floats a proposal to allow Family Day Care providers who have had no serious incident for five years to take an extra child under preschool age. It also states it will not approve any further spending from the $300 million Early Years Quality Fund, set up by Labor to provide pay rises for childcare workers.

The document says the Coalition would honour contracts already made, and remaining funds would be retained in the childcare portfolio.

The Coalition’s aged care policy – also published online late on Thursday without an announcement – makes clear it will take a similar approach to wages in aged care, ending a $1.2 billion Labor scheme to lift wages in that sector, and returning the money to the general aged care funding pool.

Early Childhood Australia chief executive Samantha Page said the organisation had been a strong advocate of the quality reforms and was “very sad to see the Coalition wanting to delay and water down those reforms.”

Louise Tarrant, the national secretary of United Voice, the childcare workers union, said the coalition could not on the one hand note the difficulty in attracting enough professional staff to work in the sector while at the same time taking away the first step toward delivering professional wages.

Prue Warrilow, the national convenor of Australian Community Children’s Services, which represents not-for-profit childcare providers, said the policy was “really disappointing” and the timing of its release did not give families time to properly consider the Coalition proposals.

She said providers had had four years notice to implement the quality reforms which should have been “more than adequate,” and she was concerned negotiations with states and territories could lead to a loss of national consistency.