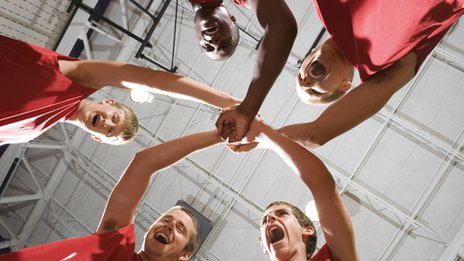 Large areas of the country are not providing enough out-of-school childcare for primary-age children, a report suggests.

A Family and Childcare Trust study highlights official data that says 28% of Britain’s local councils are short of after-school care in their areas.

English and Welsh councils have a duty to ensure enough childcare is available locally. Scottish councils do not.

Councils say they do their best, but have limited influence over childcare.

In England they are discouraged by law from offering childcare themselves, a Local Government Association spokesman said.

Councils do not have a duty to provide childcare themselves ”


According to the report, based on councils’ own assessments some 39% of local authorities in England, Wales and Scotland have enough childcare for this age group.

A further 32.5% say they do not know if there are enough after-school places in their areas.

These local self-assessments must identify shortfalls in supply, gaps in care for different age groups or over certain hours, as well as shortages of particular types of childcare such as playgroups or childminders.

The report also suggests that areas such as the West Midlands, East Anglia and the Home Counties are among the worst for working parents.

Anand Shukla, chief executive of the Family and Childcare Trust, said: “For many working parents, hoping that their childcare struggle ends when their children start school, this damning research shows that unfortunately the opposite is true.

“Far too many parents face a never-ending battle to secure affordable, quality childcare just so that they can go to work to provide for their families.

“The system needs a complete overhaul, but in the meantime local authorities must, with the support of government, implement action plans to tackle the severe lack of childcare for school-age children.”

A spokeswoman for the Local Government Association, which represents councils in England, echoed the trust’s calls for a shake-up of the system.

She said: “Councils do all they can to help hard-pressed parents in ensuring there is good quality and affordable childcare available.

“In many areas, local authorities work with schools to encourage them to offer childcare and many schools have breakfast and after-school clubs.

“But councils do not have a duty to provide childcare themselves and indeed the law discourages us from doing so.

“While we respond as flexibly as possible to the challenges parents face, we have limited influence over the childcare market.”