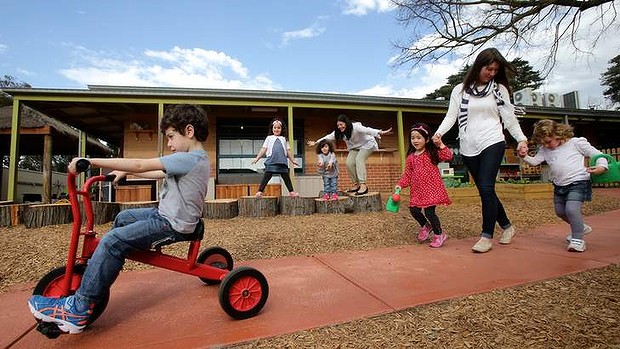 Childcare affordability will not be eased by a Coalition plan to delay requirements for centres to employ higher-qualified workers and boost the number staff per child, a peak industry body has warned.

As childcare providers examined the Coalition’s childcare policy, released last Thursday, responses around the nation varied. Some providers expressed deep disappointment in a plan to ”pause” requirements for higher staff qualifications and work with state and territories to slow down change that would force centres to boost their staff numbers. Others described the policy as considered and realistic.

Under Labor, centres must have a worker for every four children aged under two, every five children from two to three, and every 11 children from three to preschool age. The framework also requires, by next January, every childcare worker in Australia to have a certificate III qualification, half the staff to have a childcare diploma and every centre must have a degree-qualified teacher. 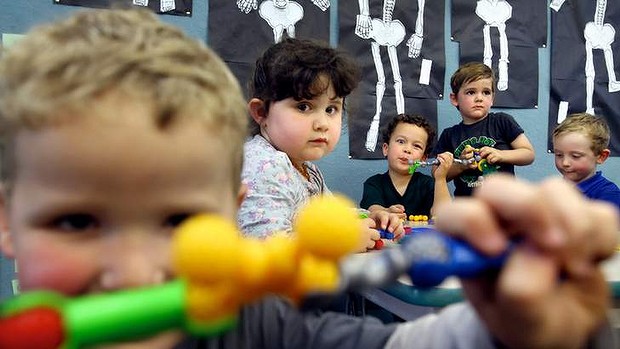 Three and four-year-olds at the Cranbourne Day Care and Kindergarten. Photo: Angela Wylie

While the Coalition policy document supports that in principle, it stated concern at ”reports from centres and parents that its implementation is causing administrative and staffing problems for centres, with resulting costs being passed on to parents”.

But Early Childhood Australia chief executive Samantha Page said on Monday she doubted whether the Coalition’s changes would make care more affordable. ”I don’t think that by pausing the standards there are going to be price drops,” she said.

Overall, she said, the group was disappointed by plans to delay reform. ”That’s the message we are getting, that there is a disappointment because we have worked so hard as a sector to get there, and so many services have crossed the line or are positioned to cross the line, and to then have the bar put down, if you like, is disappointing.”

But the Australian Childcare Alliance’s Judy Atkinson said delaying unrealistic deadlines was sensible due to a large staff shortage. ”By having a look at it and saying we are not going to enforce it on this date doesn’t mean we are not going to achieve the same outcome,” she said. ”What would’ve happened under the Labor Party is that on January 1, 2014, people would have been required to hire an early-childhood teacher and there would have been thousands and thousands of people applying for a waiver.”

She also said delaying deadlines would help keep fees down.

The manager of the Creative Play early-learning centre in Bulleen, Georgina Dimitrakis, said her centre would continue to adhere to the current standards regardless. ”A lot of hard work, training, professional development, time and money has gone into achieving these goals. I guess now with the pullback it is disheartening that the government feels that it is not of such importance to continue.”

But Cranbourne Day Care and Kindergarten’s Sharon Smith said she believed the plan would help prevent staffing problems. ”It gives us a little longer to find more qualified staff and increase the qualified educator ratios,” she said.

Samantha Page said in order to make real change, the Abbott government would need to address the number of children on waiting lists.