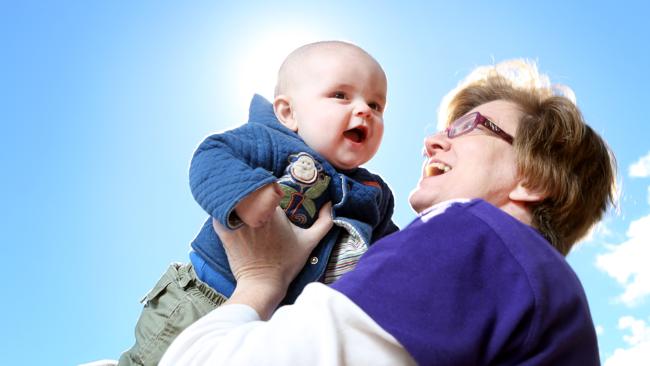 CHILDCARE centres and nanny agencies are being forced to recruit offshore for qualified staff, because they cannot find enough Australians to do the job.

Now major childcare companies are demanding the new Abbott government add less qualified childcare staff and nannies to the 457 visa program, so they can bring in even more migrant workers.

And one of Australia’s biggest childcare chains, Guardian – with 75 centres nationally – is even offering to pay migrant workers more than the locals.

Guardian Early Learning Group chief executive Tom Hardwick said many operators were prepared to pay the minimum wage of $53,000 for foreigners hired on 457 visas – much more than the $44,000 minimum wage paid to locals with diplomas.

“A large number of operators who are committed to quality would pay this minimum salary well above the award to enable us to … go offshore to recruit diplomas directly,” he said on Friday.

“Obviously we would all prefer local Australians to gain the necessary qualifications and fill the roles, rather than ‘import’ the staff from offshore, but the simple reality is that there are not enough well-trained local staff to meet the increased qualification ratios and we need to do something about it.”

The existing 457 visa rules let early childhood teachers and childcare centre directors from overseas work in Australia for up to four years – but their qualifications must be approved by the Australian Children’s Education and Care Quality Authority (ACECQA).

Childcare workers and nannies with no or lower qualifications, such as a diploma or certificate, cannot get the visa.

Mr Hardwick said the Labor government had refused to add diploma-trained staff to the 457 visa list – despite approving hairdressers and tennis coaches.

“We need high quality, trained staff in our rooms and there would seem to be plenty of such staff available from the UK, Europe and USA at present,” he said.

“It seems crazy not to be able to access these staff for our centres in Australia, particularly as many want to travel to Australia and our rates of pay are materially higher than their home countries.”

Placement Solutions, which specialises in in-home childcare that qualifies for government rebates, is hiring qualified nannies on temporary backpacker visas from England, Ireland and New Zealand.

“The nannies we’ve put on are backpackers but they can’t work for anyone for more than six months, then they all go back,” she said.

“The few Australians who are being trained are being absorbed straight into long daycare centres.”

“We have, in the recent past, undertaken recruitment activity in both New Zealand and in the UK for qualified early childhood teachers and through that also employed a small number of qualified group leaders to work in our centres in Australia.”

She said Goodstart had more than doubled the number of teachers in its centres since 2010, to 600.

“We would like to see a lot more young Australians choosing to study in early childhood,” she said.

Childcare union United Voice, which is seeking a $10 per hour pay rise for workers through the Fair Work Commission, on Friday blamed “woefully inadequate pay” for driving locals into better-paying jobs.

“Educators are leaving at the rate of 180 every week,” national president Michael Crosby said.

“They love the work but they cannot afford to stay.”

A spokesman for the Coalition’s childcare spokeswoman, Sussan Ley, on Friday said no comment would be made until the new Abbott government ministry is sworn in next week.

An ACECQA spokeswoman said its regulations had been amended this month to “make it easier for overseas applicants to have their qualifications approved for equivalence”.

ACECQA will also invite selected universities and colleges in New Zealand, the UK and Ireland to apply to have their early childhood degrees, diplomas or certificates recognised in Australia.

The spokeswoman said 775 foreign childcare workers had applied to have their overseas qualifications recognised in 2012/13 – with 38 per cent from the UK and Ireland, and 22 per cent from New Zealand.

Only 412 applicants were approved, 73 were rejected, and the rest would be assessed this year.

Australian Childcare Alliance secretary Frank Cusmano, representing privately-owned childcare centres, said a shortage of university-trained teachers meant many centres would not be able to comply with new rules requiring them to employ one by January next year.

“There are a lot of exemptions that have been asked for, and received,” he said.