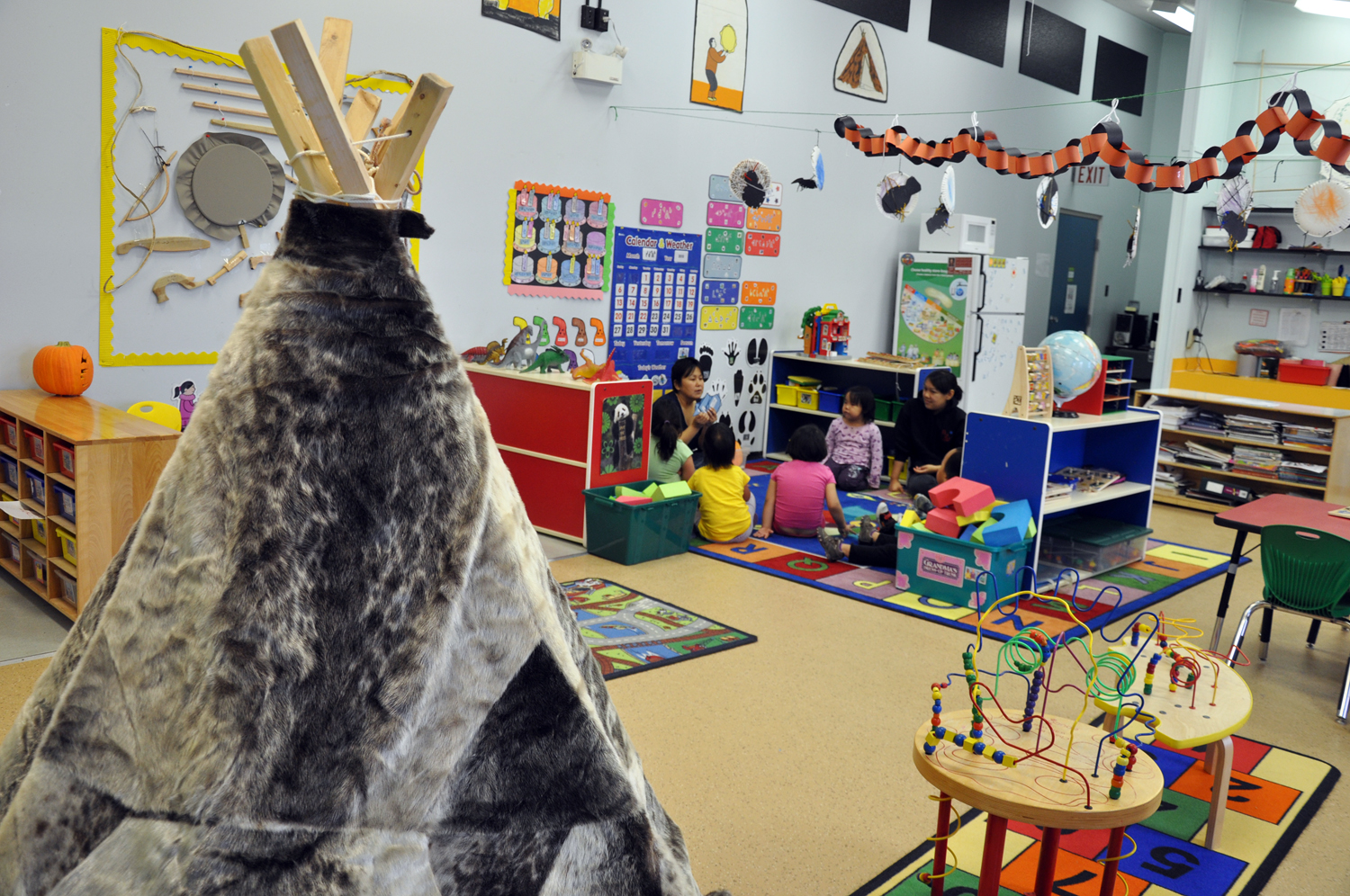 A federal initiative which launched childcare centres across the Inuit Nunangat regions in the mid-1990s, has helped create Inuit-focused programming and encouraged Inuit parents to join the labour force, says a recent report from Inuit Tapiriit Kanatami.

But the ITK report highlights the need for more government money to meet the increasing demand for childcare in Inuit communities.

At the time, there were only eight child care centres operating in Inuit Nunangat — seven in Nunavut and one in Nunavik.

Through Human Resources and Skills Development Canada, FNICCI invested money to create thousands of child care spaces for Aboriginal children within its first three years — roughly 600 of them targeted in Inuit communities.

But 20 years later, many Inuit communities struggle to provide affordable, licensed child care, the report noted. And that lack of childcare poses a barrier to parents who want to work in the traditional economy or access training.

Those needs vary depending on the community or the region; in Iqaluit, for example, the report notes a wait-list of more than 900 families looking for childcare — although the report said those numbers could include multiple requests from the same family.

In Nunavik, there are 464 families on waiting lists for childcare spaces, and 90 in Kuujjuaq alone.

New spaces aren’t being created at the same rate as the population growth in the North, the report said, noting increases in the Inuit population in all Northern regions.

And creating those new spaces is no easy task in regions already struggling with infrastructure deficit, it added.

The report suggests that a childcare centre built in the South at a cost of $1 million would cost four times that amount in a region like Nunavik, plus anywhere between $600,000 and $1.4 million to operate annually.

In many of Nunavut’s smaller communities, the Government of Nunavut often owns childcare centres and leases them to operators, while larger communities would also see private centres.

In Nunavik communities, childcare centres are managed by the Kativik Regional Government and heavily subsidized by the provincial government.

Those subsidies mean that Nunavik families pay about $7 per day for care, the lowest in the Inuit homeland, compared to fees of between $40 and $54 a day across Nunavut.

The disparity between the two jurisdictions is evident: Nunavik receives more than $15 million every year to run its centres — 85 per cent of which comes from Quebec.

Compare that to Nunavut, whose population is three times the size, and receives about $3.5 million, all from the federal government.

But while each of Canada’s Inuit regions is distinct, they all face similar challenges maintaining and growing their childcare programs.

Beyond the urgent demand for childcare spaces, the report said another major issue is low salaries paid to childcare staff, a problem aggravated by the high cost of living in the North.

Low salaries lead to a high turnover, the report noted, which impacts on the quality and sustainability of care.

FNICCI funding post-2015 should also support the development of Inuit-specific, made-in-Inuit-Nunangat education materials for use in those centre, the report added.