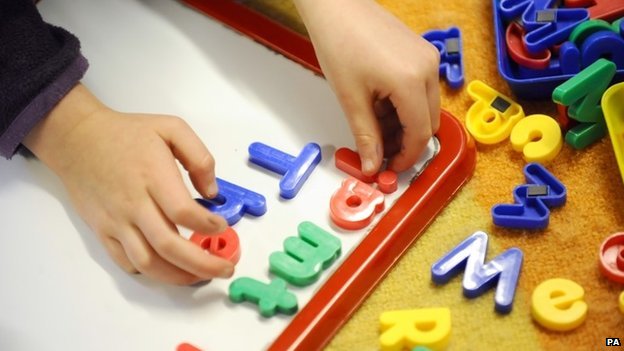 The average cost of full-time childcare for one child in Northern Ireland is £162 per week, research has indicated.

That represents a rise of 2.5% on the previous year’s figure, according to the charity, Employers for Childcare, who interviewed almost 4,500 parents.

It found the average cost of placing a child full-time with a childminder was £167 per week.

That compares to £156 per week to place a child in a nursery.

The organisation warned that about half of the parents they surveyed were reducing their hours at work to reduce childcare costs.

Employers for Childcare is a charity that supports parents in work and they have been publishing annual surveys on childcare costs for a number of years.

This year’s survey found some variation in childcare prices across Northern Ireland.

The research suggested that the highest childminding cost was £173 a week for one child and the lowest was £136 a week.