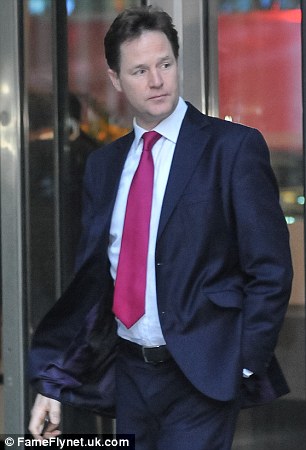 Nick Clegg’s flagship childcare policy to double the number of free nursery places for two-year-olds will lower standards and should be delayed, a leading education charity is warning.

The Deputy Prime Minister announced 260,000 youngsters from working families on low incomes would be eligible from this September.

But the Sutton Trust said many of the extra 20,000 staff needed will be drawn from the army of childminders who are generally less qualified than nursery workers.

In a report, it said the scheme launch should be postponed to give more time to find staff with relevant A-level equivalent qualifications and make sure they have support from a supervisor with a degree.

Another option would be widening it to just 195,000 children this year, with the rest added as late as 2016.

Relieving the pressure for extra places would mean those made available could be offered only by nurseries rated good or outstanding by Ofsted inspectors.

There are no legal qualification standards for childminders and only four in ten have a childcare qualification equivalent to an A-level.

Report co-author Kathy Sylva, professor of educational psychology at Oxford University, said: ‘Research shows that good quality childcare can reduce behavioural problems and increase language skills among disadvantaged toddlers. However, there is strong evidence that if childcare is of poor quality there is no real benefit. 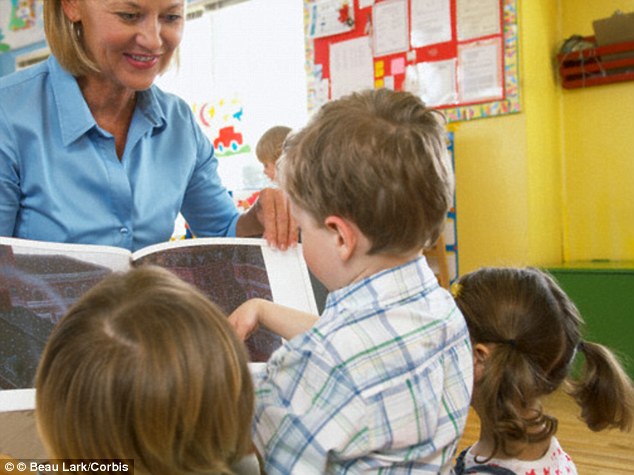 Expansion: Clegg’s childcare policy would see the number of free nursery places for two-year-olds doubled from this September

‘We know that qualifications for childcare workers are important for quality, therefore the government should first invest in raising standards before expanding the number of free places available to two-year-olds.’

The free childcare scheme unveiled by the Lib Dem leader in September is for families with incomes of less than £16,910 a year that receive working tax credits. Children who are in care, have been adopted or have a disability or special educational needs will also be eligible.

The Sutton Trust also suggested pay should be increased to reflect improved qualifications in the industry and the status that goes with it. 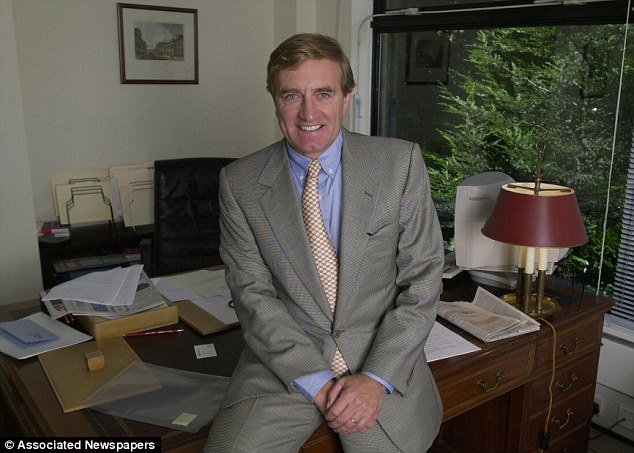 Sutton Trust chairman Sir Peter Lampl called for the government to use available resources on providing good care for the poorest children, rather than spreading the money thinly by expanding the scheme too quickly

And they backed the current ratio of adults to children, which is 1:4 in nurseries for two-year-olds and 1:3 for childminders.

This will infuriate Conservative MPs, who were left angry by Mr Clegg’s decision to wreck plans to cut the cost of childcare by changing the ratios.

Sutton Trust chairman Sir Peter Lampl said: ‘In this tight funding environment, the government should focus the available resources on really good provision for the poorest children, rather than spreading the money thinly by expanding the scheme too quickly.’

Shows how out of touch with the child care sector he is. Check your facts Mr Clegg before coming up with these ideas!

Registered Childminder feeling very insulted by this article , teachers choose to send their children to Childminders as opposed to Nursery , says everything really

Cleggy was just using this as a distraction (or so he hoped) from Lord What’s it’s exploits.

I wish people would stop listening to crazy Clegg he is just absolutely cluless.

Don’t expect Clegg to bother with details. Sound bites are his limit and he still thinks that they are some sort of potato crisp!

Perhaps our Government should “be postponed” and we should start employing qualified people to run the country :/ Unlike the majority of our politicians who have no inkling what it is they should be doing.

Time for another Clegg ” inquiry ” ?

Clegg, just crawl back under your stone and leave Politics to the real Politicians, muppet

The DM is the Devil,

Its All Lies, United Kingdom,

Can I believe anything I read in this paper? All sides should take a pragmatic approach, but children who attend nursery school do far better in life and pay more taxes, so the sooner we lift the enormous financial burden of paying for it off ALL of our young family’s shoulders, the better for everyone.