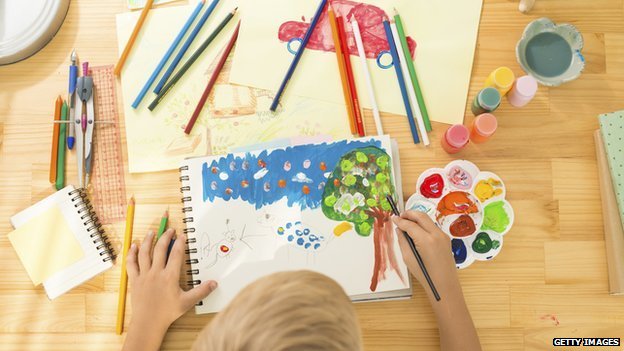 Most councils do not have enough childcare capacity for working parents

Fewer than one in six councils in Scotland have enough childcare capacity to meet the needs of working parents, according to new research.

The study by the Family and Childcare Trust said 15% of local authorities in Scotland had enough childcare for parents who worked full-time.

Scottish councils have a statutory duty to provide 600 hours of free childcare for three and four-year-olds.

This is provided by council nurseries and partnership funding for private nurseries.

Some working families have found it impossible to access the free hours because in some areas it is only offered in sessions of three hours and ten minutes.

The Family and Childcare Trust study, which was funded by a childcare voucher scheme, found that few Scottish local authorities thought they had a “sufficiency” of childcare. 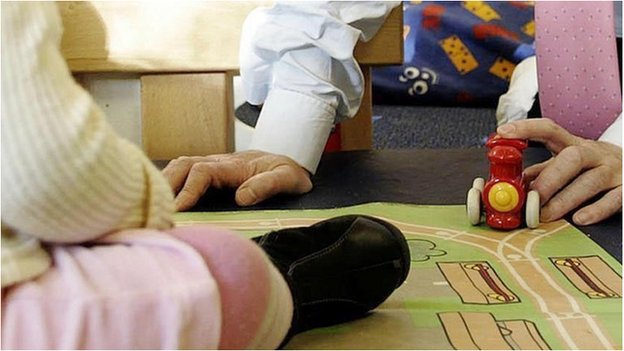 Lead researcher Jill Rutter said: “The sufficiency issue is far more acute in Scotland than it is in England.

“It is partly because Scotland has a far higher proportion of inflexible public sector provision.

“In England there have been a number of initiatives to deliver more flexibility for working parents.”

Working parents said the reality in some local authorities was that there was no access to affordable flexible childcare.

Emily Munro said the political pledges had made no difference to the cost of childcare for her.

She pays three times more on nursery fees than on her mortgage.

Her daughter Ida gets no free hours despite being eligible.

The private nursery she attends receives partnership funding from Glasgow City Council – but not enough to fund sessions for all the eligible children attending.

Ms Munro said: “It’s brilliant that the government wants to commit to childcare.

“It’s the only way to get women back into work but unfortunately on the ground it is not working.

“The 600 hours are not being delivered and in Glasgow most places are half-day places.

“The current model of childcare feels like it’s based in the 1970s or 80s.

“My mother didn’t work but times have changed. I want to work and have a career. If you don’t earn enough to pay for a nursery place you have to stop working.”

The Scottish government has already extended the funding for free childcare.

In November in her first speech as SNP leader Nicola Sturgeon said: “We already deliver 16 hours a week of free childcare for all three and four years old.

“From August next year, that entitlement will extend to 27% of two-year-olds as well. That is more hours of childcare than in any other part of the UK and we should be proud of that. 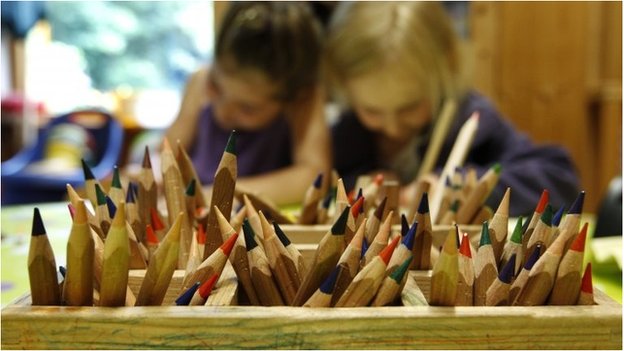 The cost of childcare has been rising

She pledged that the SNP’s manifesto for the 2016 Holyrood election would set out an “ambitious plan” to increase childcare provision by doubling provision.

However, the Family and Childcare Trust, which surveyed all the local authorities across the UK in addition to private nurseries and child minders, found that just 15% of local authorities in Scotland had enough childcare for parents who work full-time, compared to 43% of councils in England.

And it found that part-time nursery costs for a child under two in Scotland had risen by almost 4% in the past year.

In the Highlands and Islands and North East Scotland prices have risen most steeply.

A nursery place for a child under two in the north east rose by 14% last year, and now costs parents an average of £6,106 a year.

This means parents in this area will pay more for a nursery for under-twos than anywhere else in Britain except London, the East Midlands and the South East.

A Scottish government spokesperson said: “The cost of childcare can be a real challenge for families. That’s why we have committed £329m to expand free early learning and childcare for three and four-year-olds by almost half to 600 hours.

“We have also targeted the most vulnerable and hard-pressed families of two-year-olds and given them access to free nursery places for the first time.

“We will move forward with even more ambitious plans for the future to increase funded hours from 16 to 30 hours a week – the same as amount of time as children spend in primary school – by the end of the next parliament.”

“This huge expansion goes hand in hand with new flexibility.

“We have put into law a duty on local authorities to increase flexibility and choice in how early learning and childcare is delivered, based on local consultations with parents.

“And, in recognition of the reality that families’ needs go beyond the minimum hours, local authorities are legally obliged to consult on additional early learning and childcare and out-of-school care.”

A spokesman for council group Cosla said: “High quality childcare is recognised as hugely beneficial not just to those parents who want to work, but also for the long-term future of their children.

“Local authorities play a vital role in supporting families, especially those from deprived backgrounds, in order that they can access affordable childcare.

“But under current arrangements, parents also have a responsibility in making a financial contribution for childcare delivered through wraparound services, which operate over and above that which is provided for three and four-year-old children, as well as vulnerable two-year-olds, in a pre-school setting.

“The cost of living varies across Scotland, in line with the differences in its social and economic geography. Childcare is delivered in a mixed market model, which is not regulated, so small businesses will have little choice but to respond to local economic conditions.

“The increasingly difficult financial landscape is faced by everyone. And private providers are no different in that regard. But it must be underlined that Scottish local authorities are bound by the totality of their budgetary responsibilities and have to make local investment decisions, based on the needs of families and children in their communities.”