Now MORE childcare handouts to lure women back to work: Minister set to offer further £2m of grants in bid to make … 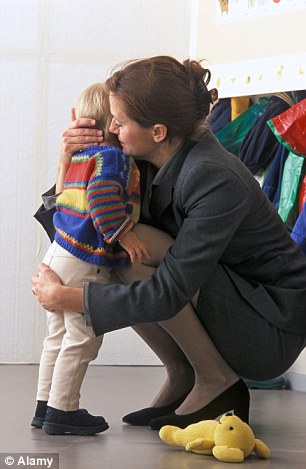 Ministers are set to offer £2million more in childcare grants to make Britain the female employment capital of Europe.

Almost half a million women are expected to enter the labour market by the start of 2016 – largely thanks to government tax breaks.

This would see the UK leapfrog Germany as the major economy with the highest female employment rate on the Continent.

George Osborne welcomed the surge but said there was ‘more we can do to support women into work’.

He revealed he was considering boosting a scheme to help those who want to set themselves up as childminders.

But the plan will prove unpopular with those who believe the Coalition is denigrating stay-at-home mothers by encouraging women to put children into childcare and go out to work.

At present, 67 per cent of working-age women in Britain are in work – a record high of 14.4million; behind Germany on 69.2 per cent.

Analysis by the Treasury said that 450,000 extra women in jobs would enable us to close the gap.

This is expected to happen by the start of 2016.

The expected surge will also put Britain within touching distance of Canada, whose rate of 69.3 per cent is currently the highest in the G7 group of the richest nations.

Mr Osborne said: ‘Our long-term economic plan is all about creating jobs and the economic security that comes with that.

‘Today’s research shows women are playing an ever larger role in the economy, but it also makes clear that there’s more we can do to support women into work.’

But the analysis said: ‘We still have more to do to increase female employment.’ 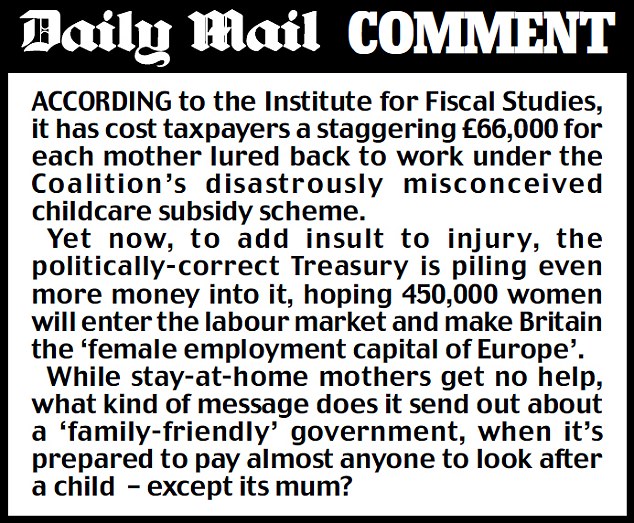 The Chancellor said the Government is considering pouring more funds into a scheme to help people who want to set up childcare businesses. The Treasury is looking at extending the scheme for another year, costing £2million, to support the creation of up to 50,000 further childcare places.

Education Secretary Nicky Morgan, who is also minister for women, said: ‘Women are making huge strides in the economy and it’s vital their contributions are recognised.

‘No woman should have to choose between their career and their family. That’s why we’ve extended the right to request flexible working and from next year will allow parents to share leave following the birth of their child. 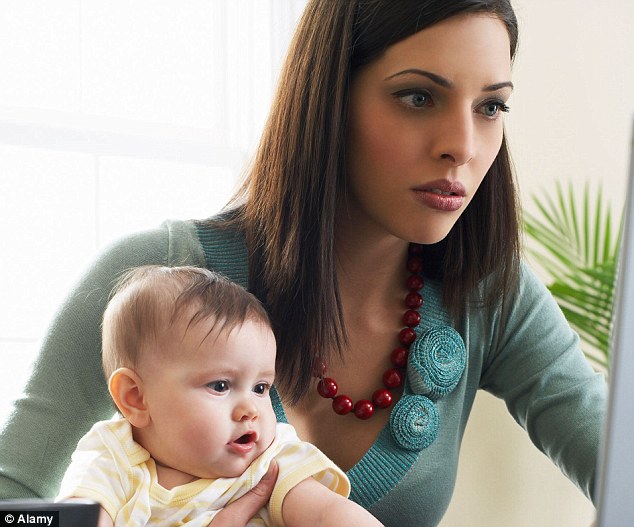 At present, 67 per cent of working-age women in Britain are in work – a record high of 14.4million; behind Germany on 69.2 per cent. File picture

‘All three and four-year-olds now receive 15 hours of free childcare a week, extended to around 40 per cent of two-year-olds from disadvantaged backgrounds, and we’re also introducing tax-free childcare worth £2,000 per child.’

Meanwhile, a study by the Institute for Fiscal Studies casts doubt on claims that childcare schemes encouraged mothers to work.

A scheme offering extra free nursery places for three-year-olds, launched in 1998, costs taxpayers £66,000 for every woman who has taken a job, they found.