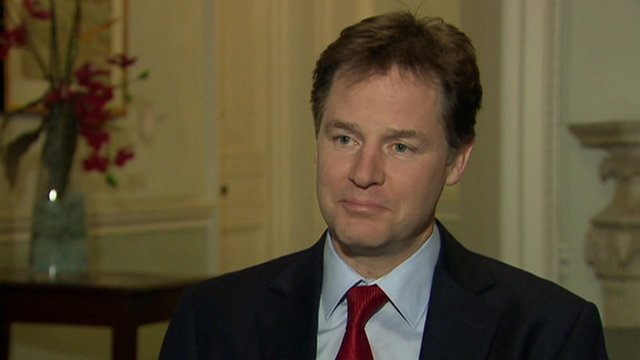 
The government has committed to introducing a year of shared leave for new parents by April 2015.

Deputy Prime Minister Nick Clegg said the rights would allow men to become more hands-on fathers and stop women feeling they have to choose between a career or a baby.

There should not be a “one-size-fits-all” approach, he added.

But the Institute of Directors described the new rights as a “nightmare” for employers.

Since April 2011, fathers and mothers have been able to share some of the 52 weeks’ existing leave, with the father able to take up to six months beginning after the baby is 20 weeks old.

However, this can only be taken as a single block – as can the leave the mother takes.

Under the proposed new arrangement, first trailed last year, the existing 52 weeks of maternity leave, other than the first fortnight for a new mother’s recovery, will be shared between the parents.

But, in an effort to allay fears of the impact on smaller firms, bosses will have to agree any proposed pattern of time off and will retain the right to insist it be confined to a continuous block, with no more than two subsequent changes.

Anyone taking total leave of six months or less over the period will be legally entitled to return to the same job.

Mr Clegg said the current “Edwardian” rules stopped parents from “taking the decisions” that best suited their own needs and those of their children. 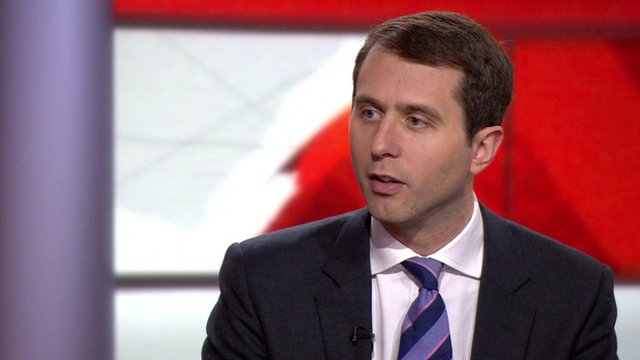 Alexander Ehmann, Institute of Directors: “The problem is about the practical ramifications”

“Women deserve the right to pursue their goals and not feel they have to choose between having a successful career or having a baby,” he said.

“They should be supported by their employers, rather than being made to feel less employable or under pressure to take unchallenging jobs.

“It is already illegal to sack a woman because she is pregnant, or on maternity leave, but we want to go further than that. We want to create a fairer society that gives parents the flexibility to choose how they share care for their child in the first year after birth.

“We need to challenge the old-fashioned assumption that women will always be the parent that stays at home, many fathers want that option too.”

Mr Clegg added: “There shouldn’t be a one-size-fits-all approach; that’s not how families are set up. Many businesses already recognise how productive and motivated employees are when they’re given the opportunity to work flexibly, helping them retain talent and boost their competitive edge.

“This is good for families, good for business and good for our economy.”

Campaign group Maternity Action said the reforms were “a useful but very modest step in the right direction”.

But the Institute of Directors business group said the plan was a “nightmare” that would “heap yet more burdens on struggling employers.”

Deputy director of policy Alexander Ehmann said: “The proposed system is considerably more complex and unwieldy than the current laws and employers will – once again – have to absorb the cost of adapting and implementing this new system.

Equalities Minister Jo Swinson told the BBC News Channel the government would be bringing in ‘simple, straightforward’ changes to put in place greater flexibility for employers and working mothers.

She outlined an example whereby a mother would be happy to return to work for four or five weeks to help out in busy periods, such as Christmas, before returning to maternity leave.

“At the moment that is actually not possible with the law – she would lose all of her maternity rights after that point,” she said.

For Labour, shadow minister for women and equalities Gloria De Piero said: “Nick Clegg claims to be on parents’ side but he and David Cameron have done nothing to support families in the last three years.”

She added: “This reheated announcement contains nothing new for families suffering from this government’s cost-of-living crisis.”

TUC general secretary Frances O’Grady added: “Shared parental leave is a welcome new step that should encourage more fathers to get involved in childcare from the very beginning.

“But unless it is backed up with better pay, many couples simply won’t be able to afford to take it.”

Are you planning to have children in the near future? Are you an expectant father? Are you an employer? Send us your comments using the form below.