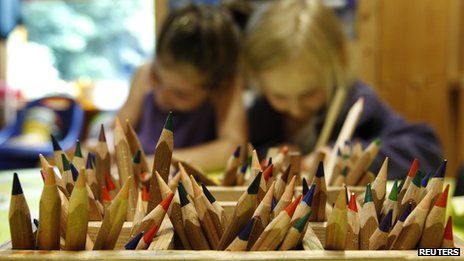 Plaid Cymru is considering a plan to offer all three to four-year-olds full-time Foundation Phase education.

It is currently available on a part-time basis.

The proposal, estimated to cost £300m, is one of the childcare options it is consulting on for its manifesto for the 2016 assembly election.

“If we can get it right, we can equalise a child’s life chances, so that nothing stands in the way of a child reaching his or her potential,” he said.

“As well as being good for children, this is also good for parents.

“Childcare is often cited as one of the main reasons that parents feel they can’t go back to work.

“Good childcare is expensive, but this could be the most important step we take to strengthening the economy,” he added.

Plaid Cymru begins its spring conference in Cardiff on Friday.