Viewpoints: What should be done about rising childcare costs? 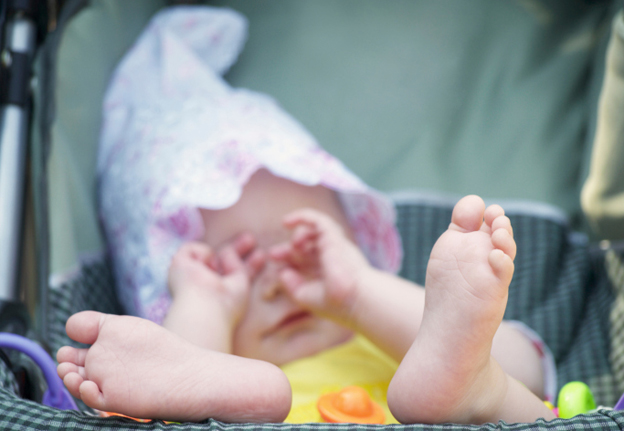 Families are struggling as the cost of bringing up a child has risen to £148,000, according to research for the Child Poverty Action Group (CPAG).

The report, co-funded by the Joseph Rowntree Foundation, says costs have risen by 4% over the last year.

At the same time it says the value of benefit payments has fallen in real terms.

The government has said such cuts are necessary in order to reduce the UK welfare bill.

A central part of the issue has been the cost of childcare. In May, the coalition government openly disagreed over proposals to let childminders and nurseries look after more children at any one time, in an effort to cut costs.

A selection of experts below discuss the implications of childcare costs and what should be done about them.

Studies show UK childcare costs are some of the highest in the world with nursery and child-minder fees eating up to a third of parents’ incomes. After rent or mortgage, paying for childcare is the single biggest cost for working families – and undoubtedly this is preventing parents from having more children.

On Netmums we regularly hear from families who cannot afford to have a second child due to crippling childcare costs of £1,000 a month or more. Official figures from the ONS [Office for National Statistics] show this is a rapidly growing trend, with 47% of UK families now including just one child.

Many mums have to work as they need to support their families while others are keen to continue their career – but emerging evidence suggests putting children into long hours of childcare from a very young age could be detrimental to their development.

Instead of a regimented and outdated economic model which insists women must go out to work while their children are tiny, the country and economy would be better served by adapting flexible working practices to allow women to “remote-work” from home or choose shifts which fit around family life, reducing the need for childcare and the costs families have to pay.

Not only would this ensure employers retain talented women, get higher productivity and more employer loyalty from female staff; it would mean mums can spend more quality time with their children, leading to happy and well-adjusted children. Top companies like BT and John Lewis already offer mum-friendly working and are growing as a result. It’s a win-win for firms and families.

We need to simplify the way we subsidise childcare in Britain. We’d like to see an extension of free nursery education”


Anand Shukla, of the Family and Childcare Trust

Childcare costs have increased significantly over the last 10 years, with a nursery place for a child aged two or under now 77% more expensive in real terms than in 2003. A nursery place now costs an average of £4.26 per hour. For 40 hours per week over 52 weeks of the year, this adds up to nearly £9,000 per year.

But it’s important that childcare is high quality and not delivered on the cheap. High costs are not merely about childcare providers charging high fees to cash-strapped parents. The [government’s] case for increasing staff [to children] ratios is not supported by our research and it is unlikely that any increase in staff ratios would see a reduction in costs to parents, but may affect the quality of childcare.

While we welcomed the recent government announcement about extending tax-free childcare to more parents, we were concerned that the poorest families will receive no additional help, but those on high incomes would qualify. The new scheme – which will offer support of £1,200 per child – is also administratively complex and initially would not extend to children of school age.

A number of countries offer different models, and the most successful are in Norway and Finland where the cost of childcare for working parents is subsidised on a sliding scale according to income. Childcare in these countries is high quality and maternal employment is also high.

We need to simplify the way we subsidise childcare in Britain. We’d like to see an extension of free nursery education. We must be realistic in these tough times but also remember that it makes economic sense for parents to work, to pay taxes and keep their skills in the labour market.

Childcare is expensive because of state regulation”

Childcare is expensive because of state regulation.

Childminders must be trained and qualified and registered with Ofsted. They are inspected and must keep extensive records. How they look after children is closely prescribed.

Notoriously, the system does not prevent negligent or abusive childminders. What it does instead is to close the career to anyone who is not highly literate and able to understand and obey an ever-changing mass of of detailed regulations.

The result is to limit the number of childminders and to drive up prices. The obvious answer is not state subsidy or further regulation. It is to abolish all the existing regulations. As throughout history, let anyone who pleases set up as a childminder. Let parents use their own judgement and common sense in their choice of childminders. Doubtless, voluntary accreditation systems would evolve on the market.

Expensive childcare is one more instance of a general problem to which the answer is simple: Set the people free to choose for themselves.

Under David Cameron’s government, families are facing a triple whammy on childcare; fees are rising much faster than wages, financial support from the government has been slashed, and childcare places are being lost.

All of this is forcing many parents to consider whether working is worth it, meaning we’re losing expertise from the workforce precisely when we need to increase productivity to secure a strong economic recovery.

This government have slashed and abolished supply-side subsidies for both early years and school age childcare, so it’s no wonder fee rises have accelerated and providers – including hundreds of Sure Start nurseries – have closed down.

And while ministers have fallen over themselves to provide a tax cut for millionaires now, there won’t be any more help for parents struggling with those increased costs for at least two years.

Even then, the government’s proposed scheme won’t cover wraparound and holiday childcare for school age children until years later, and won’t help the majority of families on the lowest incomes.

If ministers really want to help all parents with this cost of living crisis they need a credible plan to tackle rising childcare fees, rather than continuing to drive them up.


Spokesperson for the Department for Education


Reliable and affordable childcare is vital for parents who want to stay in or return to work. That is why from 2015 we will introduce new tax free childcare which will be worth up to £1,200 per child annually. It will benefit all parents, including those who are self-employed.

We are also changing the law to allow for the creation of childminder agencies which will give parents the option of more home-based care. This will provide cover for leave and increase the amount of flexible childcare.

This month we published “More Affordable Childcare”, which sets out our plans for helping working parents access the childcare they need, when they need it.