Why is childcare so expensive? 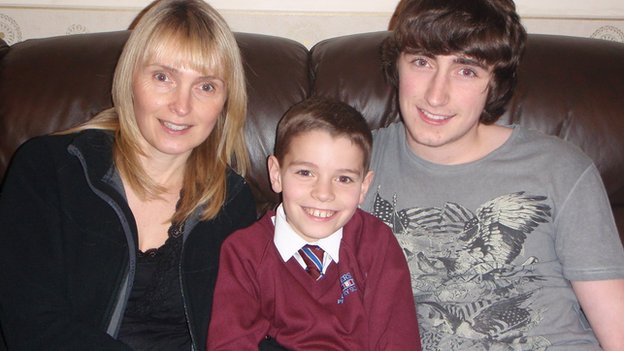 Looking after children – tough but rewarding

Sue Asquith looks after 11 children during the course of a week.

For the three 10 hour days she works, with her husband helping out part of the time, she grosses £500 a week in fees.

But not all of this cash goes directly into the Yorkshire-based childminder’s pocket.

She has to cover her tax, her expenses such as food, heating, petrol, toys and art materials out of these fees. Costs which she says are significant.

Not to mention all those trips to playgroups and playgrounds that make the day fly by and give the children a really good experience.

With three under-fives spending three long days in her home, it is hard but enjoyable work. There’s also all the dashing to and from school to drop off and collect the other eight children in her charge.

Sue and her husband are subject to all the same cost of living pressures as every other household and her margin of profit is getting smaller and smaller as her costs go up.

“This year I expect my expenses to be quite a bit higher. This will mean I make less money,” she says.

But rather than put up her fees and push parents into reducing the number of hours they send their children to her – something she has seen all too often since the downturn began – she is holding a steady course.

In fact, Sue has not raised her fees for three years: “I try to be sensitive because I know my parents haven’t had a great deal with pay rises.”

“But my overheads are going up on a daily basis because the cost of heating, the cost of petrol and the cost of food is all going up,” she adds.

Like many people, Sue saw childminding as a way of earning a living and caring for her own children.

But not everyone is able to square that circle, especially as for many, childcare costs – already a big factor in their monthly out-goings – are on the rise.

A report by specialist UK website Findababysitter.com found that childcare costs rose by an average of 19% in the year to December 2013. The cost of nannies showed the biggest increase – up by 25% on 2012’s figure.

And since 2003, a place in a nursery for a child aged two or under has risen 77%, according to the Family and Childcare Trust.

It claims that nurseries in some areas, such as London and south-east England, are charging as much as £21,000 a year for a part-time place, despite the fact that many of them pay staff a very low wage.

And yet very few childcare providers are raking it in, says trust chief executive Anand Shukla.

“Most nurseries are barely turning a profit, barely staying afloat. The cost of providing childcare is quite significant,” she says.

There are strict ratios between staff and children for each age-group, so despite low wages staff salaries are a big proportion of the overheads.

“I always say if you want to make a lot of money – don’t open a nursery,” says Mr Shukla.

His views are reflected by Liz Bayram, chief executive of the Professional Association for Childcare and Early Years, which represents thousands of childminders.

“We have many instances of child care workers who could probably earn more at Tesco. But from a childminder’s point of view the reward is helping children to develop and grow,” she says.

So what is happening to all the money parents pay in fees, whether it be for nurseries or childminders?

Mr Shukla explains: “It’s the way that our sector is structured. It’s largely dominated by small private, voluntary and independent providers. All of which have separate overheads. There are very few economies of scale so the costs are high.”

He says the government is trying to do something about this by encouraging childcare settings to open up on school premises, thereby cutting down on the number of buildings that have to be heated, lit, maintained, insured and so on.

But the other big factor in England’s childcare costs is the degree to which it is subsidised, says Mr Shukla.

“More of the cost of providing childcare is passed to the parents in England than in other European countries. 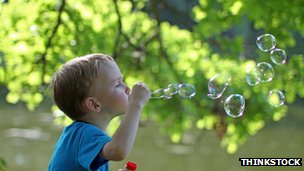 “Generally, here we ask the parents to pay two-thirds of the cost of provision. In other European countries parents are asked to pay more like a third,” he says.

Ms Bayram agrees that there a mismatch between what the government offers in support and the costs of childcare.

“The funding mechanism that private nurseries and childminders get does not cover the cost of delivering that child care. It’s a very expensive business to be in.

“Children deserve to have a quality experience, but quality costs,” she says.

A Department for Education spokesman said the government was doing its best to make childcare affordable, introducing tax-free childcare which will see all eligible families receive up to £1,200 towards each child’s childcare costs.

“At the same time, we are meeting up to 70% of childcare costs for low and middle-income families through tax credits.”

For Sue, though the work may be hard, it’s the quality of life she has that keeps her going.

“It is the rewards of seeing the babies and children develop and grow. It is nice to work from home and be your own boss.

“Additionally I have had the pleasure of being here for my boys in their younger years and not having to pay my own childcare costs,” she says.